How to invest in gold

Gold is a precious metal that is used in everything from jewelry and artwork to industrial goods and accessories. It trades in coins and weighted bars, but it’s also possible to own certified paper that ensures a stake in gold held securely elsewhere.

From 1792 to 1900, the value of the U.S. dollar was backed by gold and silver reserves held in the Treasury. In 1900, this practice began to exclude silver, and simply became known as the Gold Standard, directly linking the dollar’s value to that of gold. Although the Gold Standard was abandoned in 1971, gold has held its value because it is not closely linked to most other investments, and also because it has historically retained its value during and after catastrophes. This is important because often during a crisis, stocks, bonds, and currencies often go down all at once in value. Yet during these times, the price of gold almost always increases. This characteristic often adds vital stability to investors’ portfolios.

Why gold is a popular investment

Calculator: Who wants to be a millionaire?

Little in the way of tax benefits or income potential.

Like stock prices, gold values fluctuate. Gold often appreciates (increases) in value when stocks fall, and depreciates (decreases) when the stock market rebounds. To some extent, this is because investors often store money in gold while the stock market is stable and reallocate gold into stocks when a bull market is approaching. Because of this seesaw effect, many investors include gold in their portfolios to balance the risk of other investments, as well as to protect against downturns in the stock market. 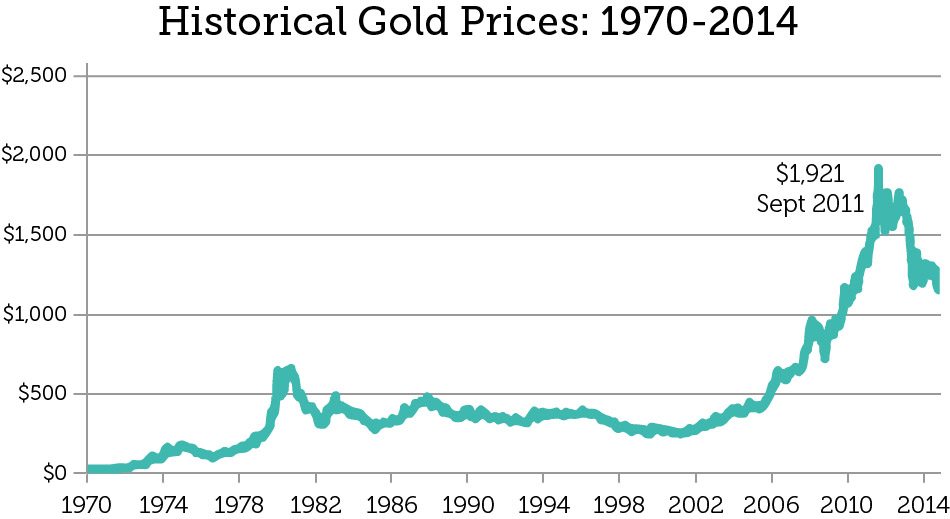 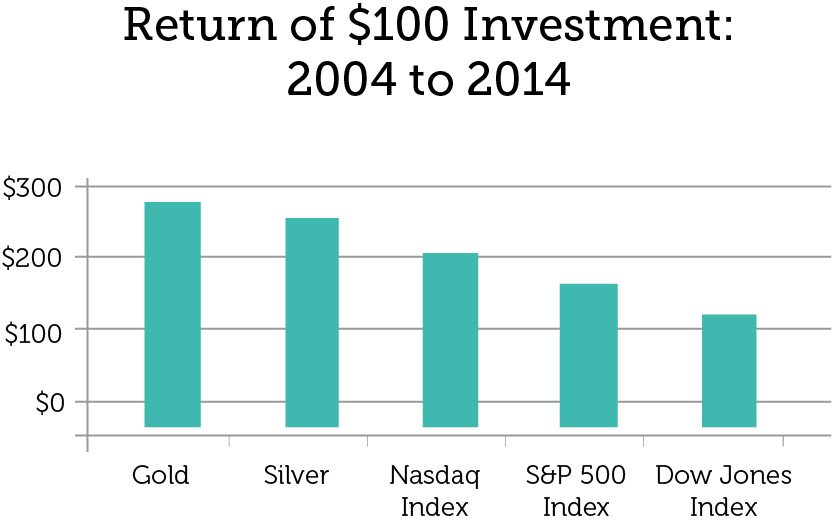 It is possible to make an investment in gold without actually owning the metal itself through Commodity Trading. For those with an appetite for risk, it is also possible to borrow money and trade gold on credit in the marketplace.