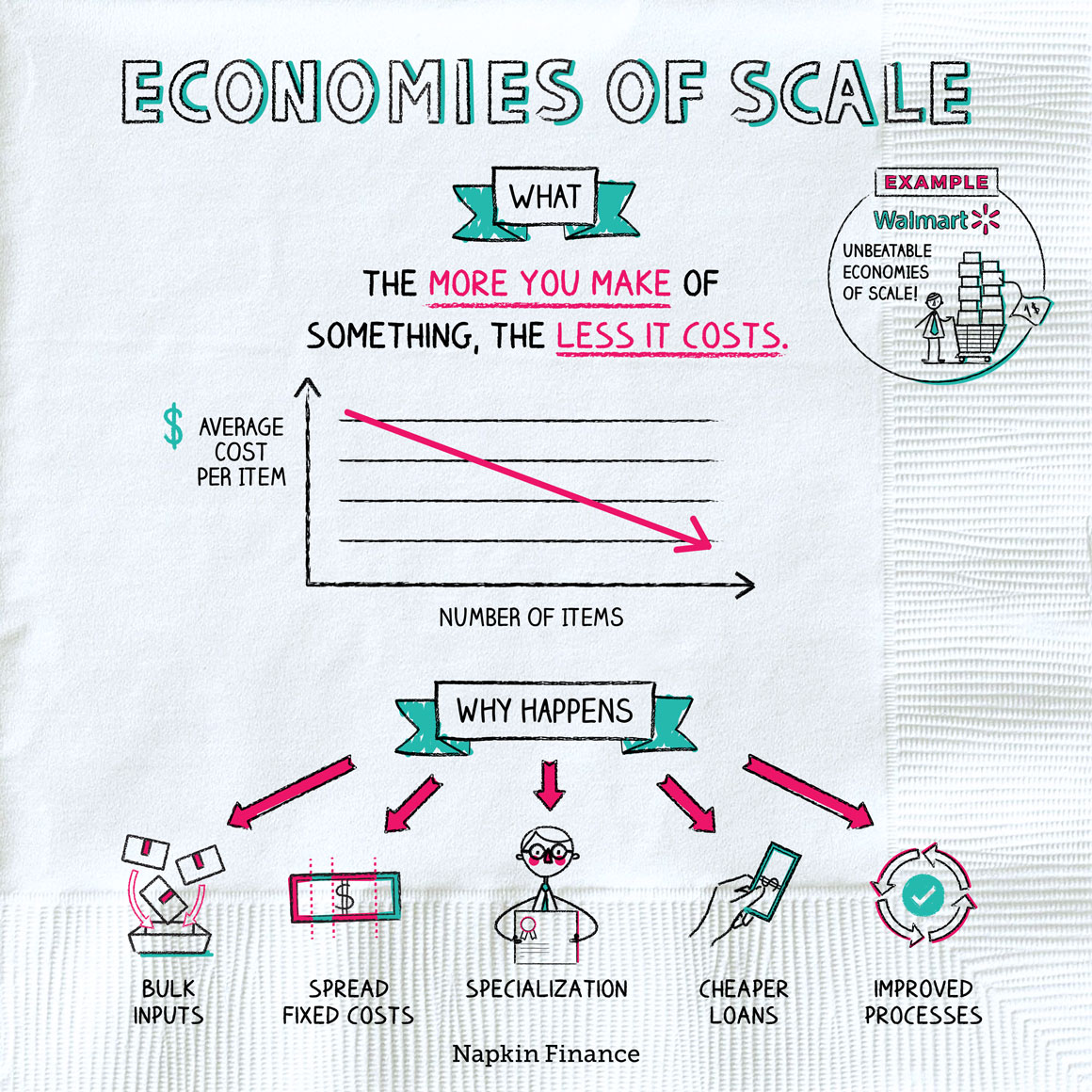 The Bigger, the Better

Suppose you wanted to make a smartphone. You’d need to hire a team of tech experts to design it, buy specialized high-tech materials to make it from, build or buy some machinery, and pay workers to assemble the phone correctly.

Now suppose, instead, you wanted to make 100,000 smartphones. The cost of designing the phones and acquiring the machinery might be about the same as if you were making just one. You’d need to pay more in total for materials and assembly labor—but because you could buy those in bulk, you’d probably get a better rate. All in all, the cost per phone would be much lower than if you were making just one.

Economies of scale can flow from a number of sources:

And here are two ways economies of scale can have negative impacts:

To illustrate the last point: Suppose a country’s economy becomes highly specialized in one thing—such as producing oil. That might mean it doesn’t produce much of its own food or medicine and instead buys those things from other countries.

That strategy might work fine as long as the global economy is running smoothly. But if the oil market hits a bump (say, because prices drop), or if there’s a disruption in global trade, the country could suddenly be unable to access enough food or medicine for its people.