What are Tariffs? Why are Tariffs Used? How do Tariffs Work?
Home Napkins Tariffs 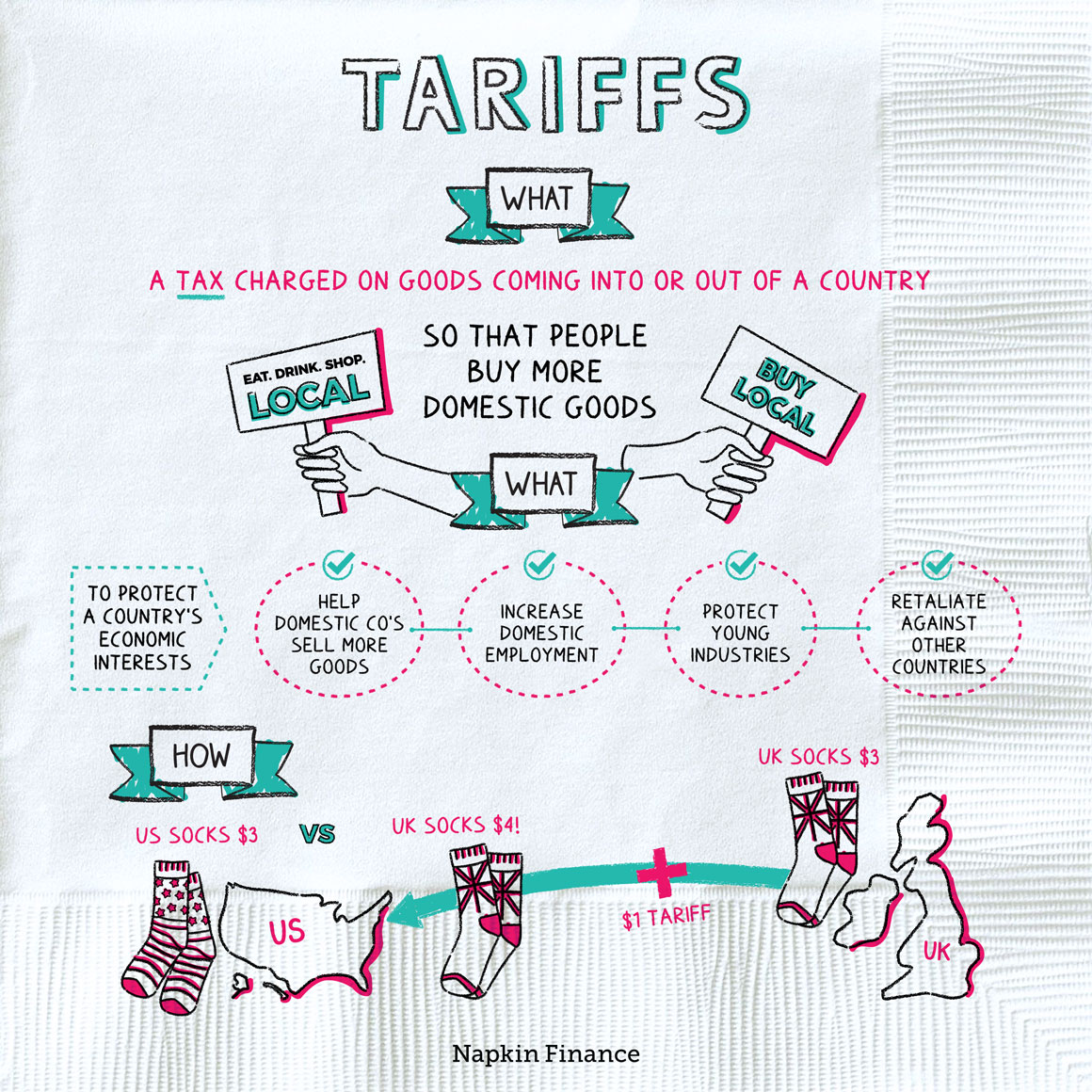 A tariff is a tax charged on goods coming into or out of a country. When a tariff is charged on a good, it makes that good more expensive.

Tariffs on imports (the most common type) raise the price of imports so that people buy more domestically made goods. Although tariffs on exports are less common, they can be used to limit the amount of goods leaving a country. (For example, if there were a global shortage of antibiotics, an export tariff on antibiotics might help a country protect its own supply.)

Why are they used?

Tariffs are generally used to protect a country’s economic interests. By raising the cost of certain imported goods, tariffs can:

How do tariffs work?

Suppose the US decides to impose a 10% tariff on all imported cars.

“Tariffs that save jobs in the steel industry mean higher steel prices, which in turn means fewer sales of American steel products around the world and losses of far more jobs than are saved.“

Tariffs can have wide-ranging effects, which can include:

“Trade wars are good and easy to win.“

Mainstream economists are generally opposed to tariffs. That’s because free trade—in which goods and services can flow across national borders, with as few restrictions as possible—generally boosts the world’s economy by fostering greater competition, lowering prices, and ensuring resources are used in the most efficient way possible.

At the same time, although free trade is typically good for the planet as a whole, it can hurt individuals—such as US auto workers who have lost jobs as more cars are imported. A tariff might protect a specific industry or a company and its workers but at a cost to the broader economy.

There are two basic types of tariffs:

A product that has both a specific and an ad valorem tariff is called a two-part tariff. It’s not as common, but it can happen.

Tariffs are taxes levied on certain imported goods. They are used to protect domestic companies from foreign competition by making foreign products more expensive. Tariffs can have wide-ranging consequences, including higher prices for consumers and even slowed economic growth. Although mainstream economists are generally opposed to tariffs, they can also be used for non-economic reasons, such as to protect national security interests.