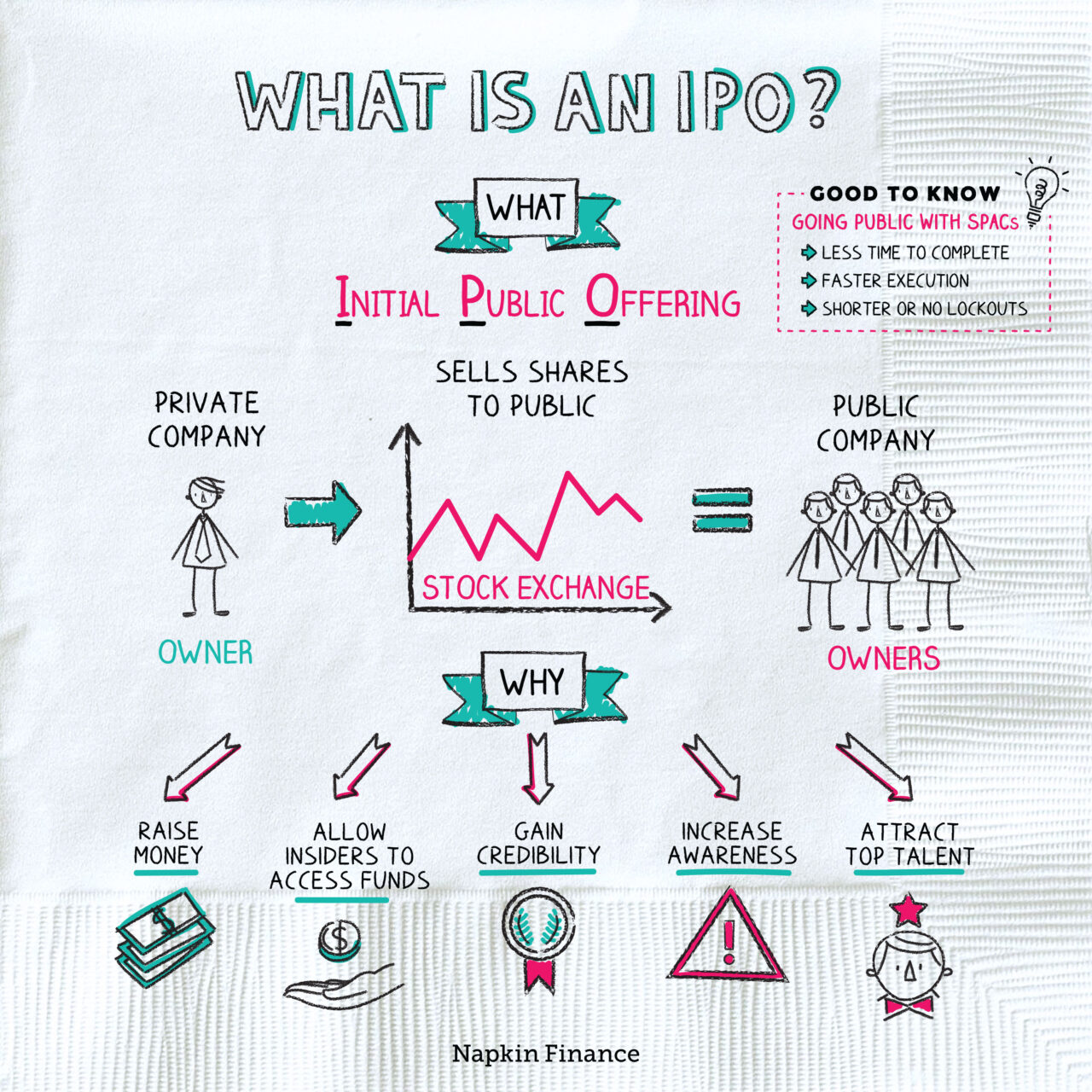 An IPO, or initial public offering, is when a company’s shares start trading on a stock exchange and when average people can start investing in the company. It’s also called “going public.”

Step 1: A company starts out as a private company, meaning it doesn’t have shares that trade. Insiders, such as the founders or employees, typically own most of the company.

Step 2: The company decides to go public. It hires an investment bank to help it figure out the details—such as how many shares to sell and at what price.

Step 3: The company files an S-1 statement with regulators. This form is like a heads-up that the company plans to go public, and it includes details on how much money will be raised plus information about the company’s finances.

Step 4: The investment bank buys the shares that the company is going to offer.

Step 5: IPO day: The shares start trading on an exchange, and the investment bank sells its shares to the public.

The main reason companies go public is to raise money, which they need to expand their business. Some additional reasons may include to:

Not all companies (even big, well-known ones) decide to go public. Some may even go through the IPO process but later decide to become private again. While the benefits of an IPO might seem appealing, companies that go public also face risks, including:

A company can sell more shares in the future even after having an IPO. Those sales are called “secondary offerings,” and they usually happen with less hype than IPOs.

Businesses that don’t want to use a traditional IPO might choose a special purpose acquisition company (SPAC). A SPAC is created by investors to hold an IPO, raising money to buy or merge with another company.

SPACs offer some benefits over the traditional IPO, such as:

An initial public offering, or IPO, is when a company first makes its shares available for sale to the public on a stock exchange. Companies typically decide to “go public” to raise funds but might also want to attract talent, let early investors cash out, or raise their profile with the public. Going public, however, also has some drawbacks, including loss of control, greater regulations, and making corporate information public.

Fun facts
Key takeaways
If you bought shares of Google at its IPO, you could probably hire a butler to Google things for you now. — Napkin Finance