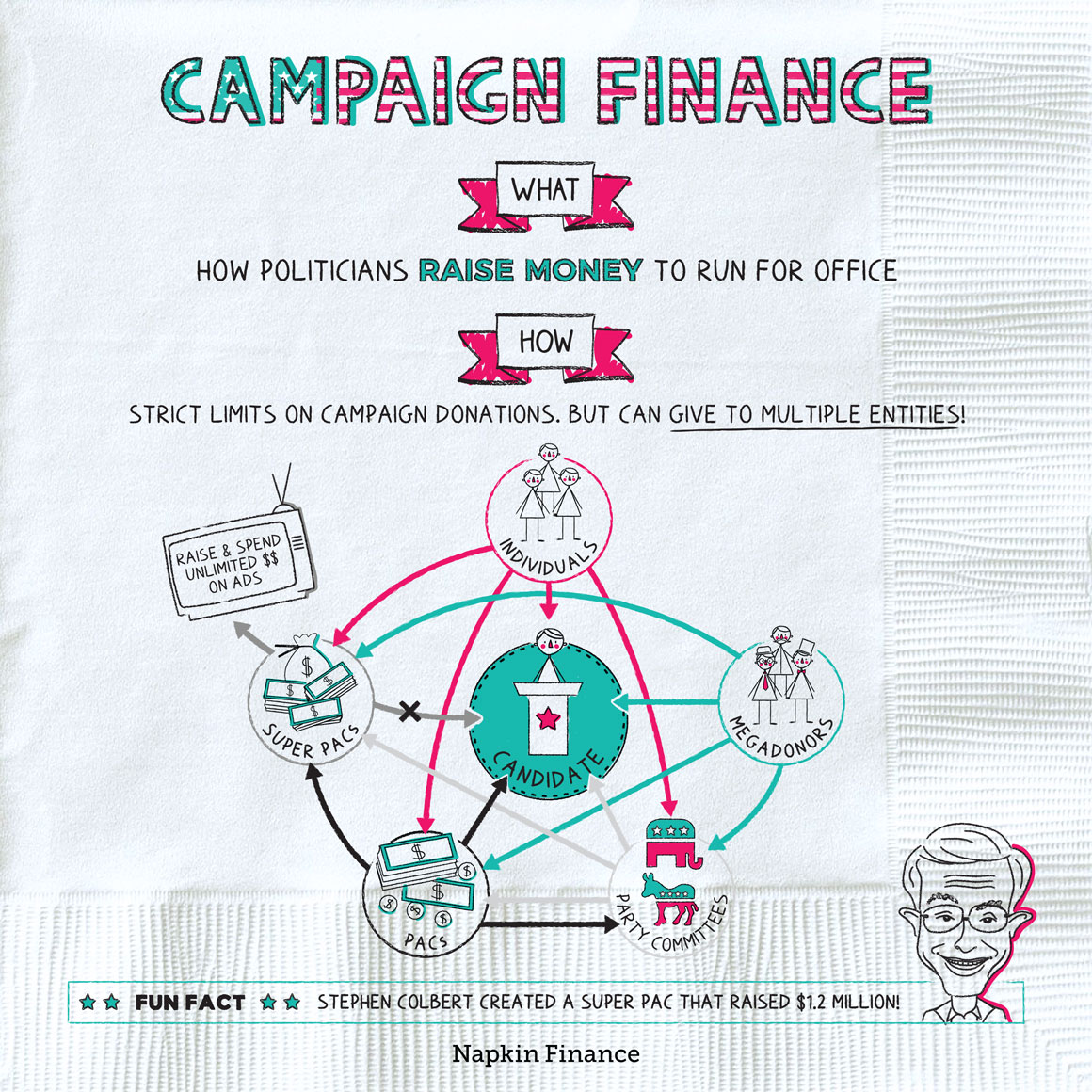 Running for election can be expensive. Candidates may need to pay for:

Candidates for local office may be able to fund their campaign entirely with their own savings or with only some small contributions from family and friends.

When it comes to national politics, however—and particularly running for president—candidates typically tap a range of funding sources:

Those limits may sound pretty small next to the roughly $500 million to $1 billion it can take to run for president. Here’s how individuals, corporations, and other groups are able to boost their impact:

Many experts believe the U.S. system should be reformed because it can create a cycle of influence. Here’s a simple example:

Corporation A wants less restrictive
laws on pollution.
↓
Corporation A gives a large sum of money
to a Super PAC supporting Candidate X.
↓
Because Candidate X received so much
financial support, he or she wins the election.
↓
Candidate X wants Corporation A’s support
in the next election, too, so he or she tries to get
looser pollution laws passed.

That cycle is problematic because the U.S. is a democracy, so the government is supposed to work for the people—not for corporations or industries—and not only for the wealthy.

Some of the fixes that have been proposed for the U.S. system include:

Some states and localities already use a version of public funding. Presidential candidates can choose to use public funds, but doing so strictly limits how much they can spend in total—so few ever do.

It’s not legal to buy votes, but it is legal to spend huge amounts of money trying to convince people to vote a certain way. Although many people agree that the current U.S. system is problematic, there’s little agreement on exactly how to fix it.

Fun facts
Key takeaways
When it comes to campaign funds, the price of taking someone’s money is often taking their suggestions. — Napkin Finance