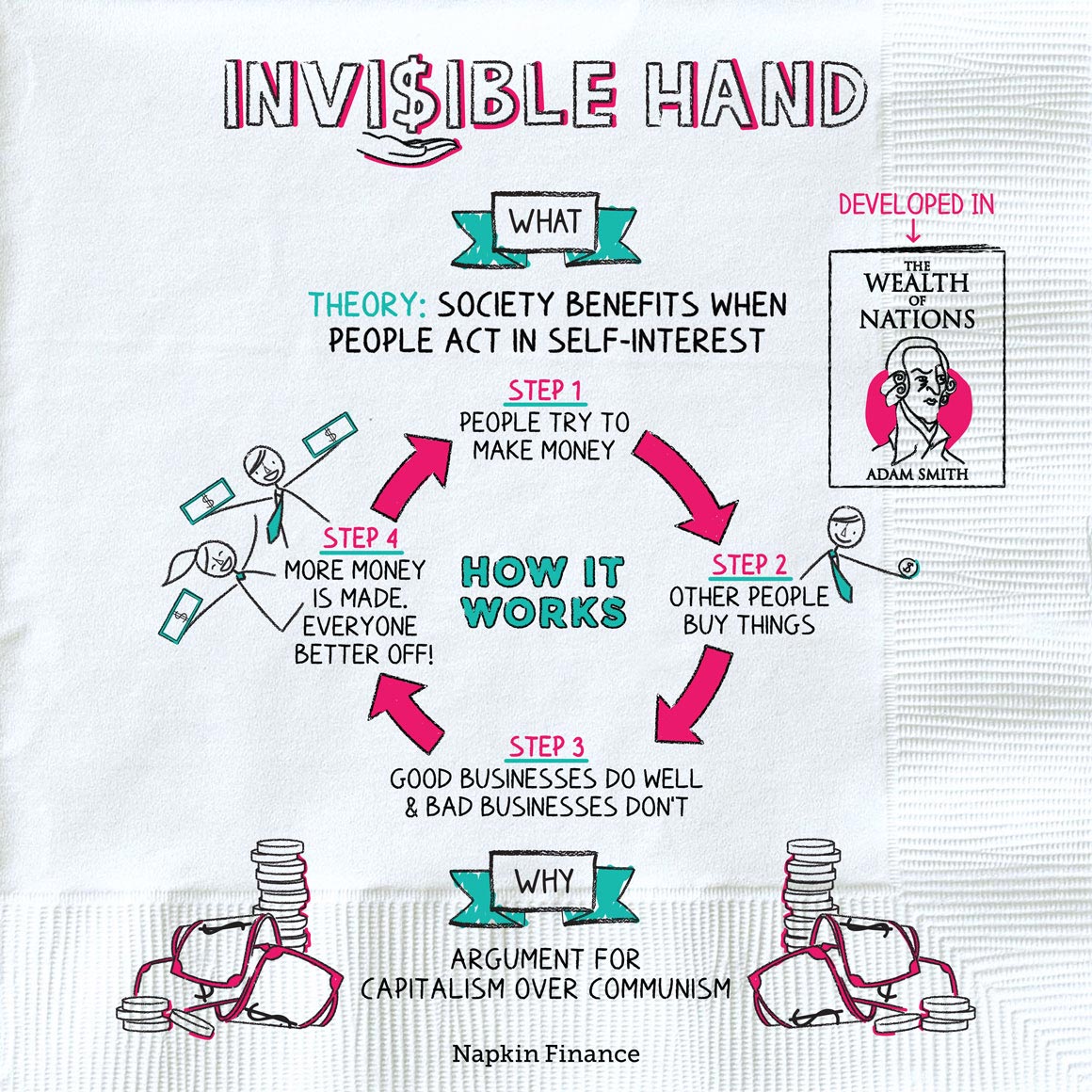 The “invisible hand” is an economic theory developed by Adam Smith. It proposes that when people act in their self-interest it unintentionally benefits society at large.

In a capitalist economy, an invisible hand guides everyone’s actions toward the one that will benefit society the most (or so the theory goes).

“It is not from the benevolence of the butcher, the brewer, or the baker that we expect our dinner, but from
their regard to their own interest.“

According to the theory, the invisible hand balances out the forces of supply and demand and even has an impact on employment. Here’s just one way it plays out:

People want to buy more laptops
than there are available
↓
Prices of laptops rise because there
aren’t enough to meet current demand
↓
Company A sees these higher prices as a profit opportunity
and decides to start making more laptops
↓
Company A hires more workers to keep up with production
↓
If workers are scarce,
Company A raises wages to attract employees

Based on the invisible hand theory (and traditional economic theory), as Company A makes more laptops, the price of laptops will start to fall.

Smith’s point was that it’s kind of amazing that the market can reach this equilibrium all on its own—as though an invisible force guides Company A and consumers to the best outcome.

The invisible hand theory is generally used to argue in favor of capitalism—in which people are free to decide what job to have and how to spend their money—over communism—in which the government decides these things.

But it can also be used to argue against greater government regulation or intervention in the economy.

The invisible hand is an economic theory that argues that when people act in their own self-interest they benefit both themselves and society as a whole. It is often used in support of capitalism, in which people and businesses decide what to make or how to spend money, over communism, in which the government decides these things.

Fun facts
Key takeaways
The last thing you want is the invisible hand of the marketplace giving you the finger. — Napkin Finance