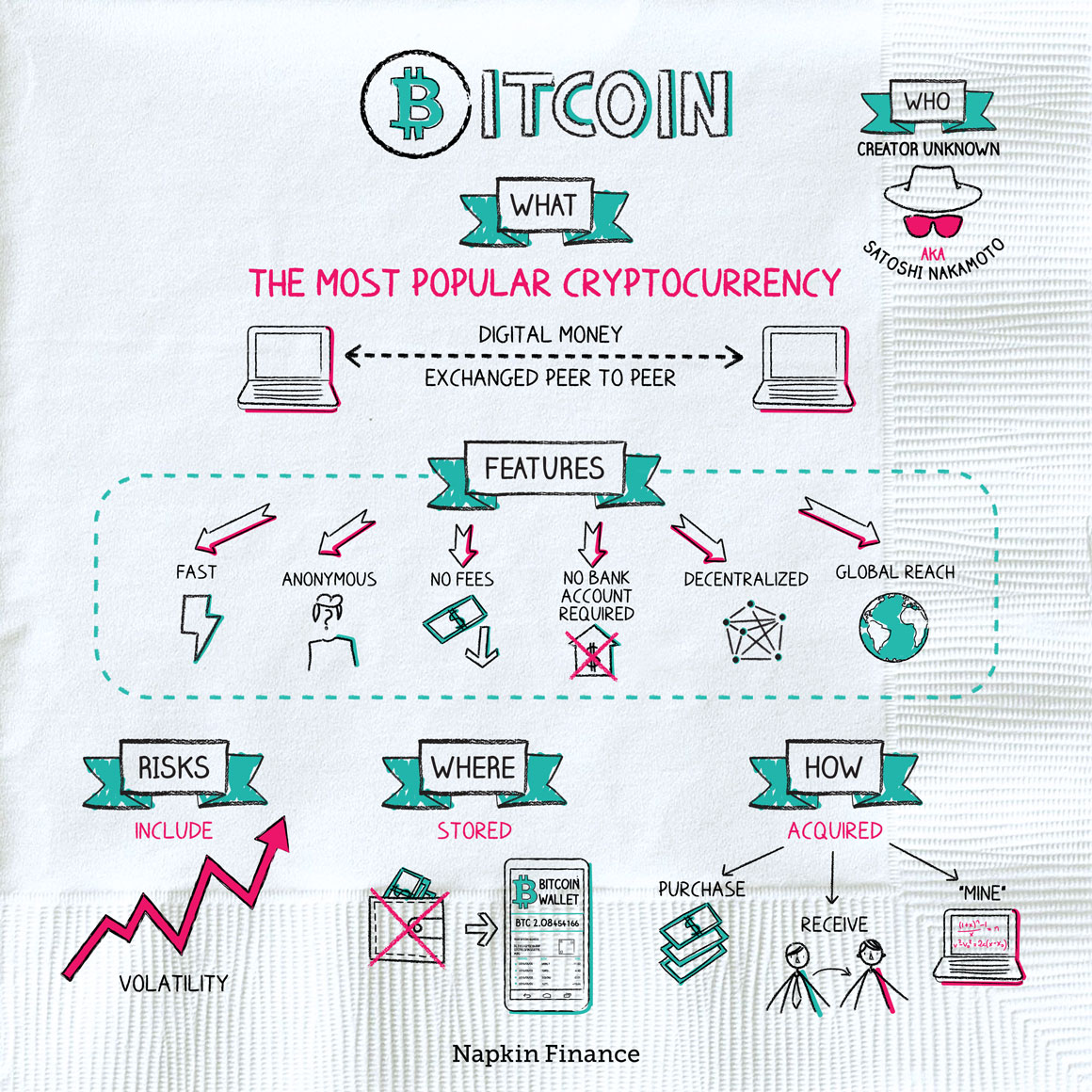 Not So Silky Road

Bitcoin is the world’s first type of digital money, or cryptocurrency.

Unlike traditional paper money, Bitcoin only exists online and isn’t controlled by any government, country, or bank. It’s exchanged peer-to-peer, and digital encryption is used to control security and the creation of new units of currency.

Bitcoin is arguably the most successful cryptocurrency. Here’s the path it took to reach that status:

2008: The world economy was a mess, and faith in the traditional financial system was low. An author calling himself Satoshi Nakamoto, but whose real name is unknown, released a paper explaining how a digital peer-to-peer currency could work.

2009: Satoshi mined the first block of Bitcoin—equivalent to the first bills of a new currency being printed. The first Bitcoin-to-dollars exchange rate was set, which allowed the first purchases of Bitcoins to take place.

2010: A man in Florida paid for two pizzas with 10,000 Bitcoins—the first physical purchase using the currency.

2014–2020: Bitcoin went mainstream. It became an accepted form of payment with PayPal and some other major businesses. By 2019, more than one in twenty Americans owned some.

2021: Bitcoin reached an all-time high of over $68,000 after starting the year out at just under $30,000. El Salvador is the first country to accept Bitcoin as legal tender.

“Bitcoin will do to banks what email did to the postal industry.“

There are three ways to acquire Bitcoin:

You can’t put Bitcoin in your pocket or stuff it into a physical wallet. Instead, it lives in a virtual wallet. Inside that wallet is your private key (or keys). With this key, you can use and accept Bitcoin. Every transaction in the Bitcoin network is kept in a public ledger called the Blockchain.

You can keep your Bitcoin key in an online wallet, an app, a hardware or software program, or even on a piece of paper. Many people keep their wallet in multiple places for extra security because if you lose your key your Bitcoin disappears with it. (Although online or app-based wallets can be easiest to use, in those cases a third party holds your key. That’s why many people prefer old-fashioned paper for long-term storage.)

Not all stores accept Bitcoin as payment, but there are some that will—either directly or through a third-party source, such as BitPay or Flexa, including:

To buy something at another store, you can use a website that will let you convert your Bitcoin into a gift card. There are even Bitcoin ATMs that will turn your coin into cash.

Some people own Bitcoin mainly as an investment in the hope it will keep climbing higher and higher in price over time. Other people use it to make actual day-to-day purchases. But before you open up a digital wallet, there are some trade-offs to consider:

Bitcoin may be the most established cryptocurrency, but it’s far from tame. In its short lifetime, its price has gone from a low of less than $0.01 per coin to almost $20,000 before losing more than 80% of its value.

Bitcoin is the world’s first cryptocurrency. You can buy it, mine it, or receive it from someone else. Some people use it to make anonymous purchases online, while others hold it as an investment. Its value can swing wildly, so what you have today could be worth nothing (or millions!) tomorrow.

Fun facts
Key takeaways
Nothing is more fun than hearing someone who just learned about Bitcoin explain it to someone who’s never heard of it. — Napkin Finance