3rd Period: Making It Big – Napkin Finance
Money 101 for Kids
Back to all courses

Of course, some people are not just successful—they are wildly and famously successful.

In most cases, making it big has nothing to do with winning the lottery. Instead, what many (if not most) very wealthy people have in common is that they are entrepreneurs, meaning they’ve started successful businesses. 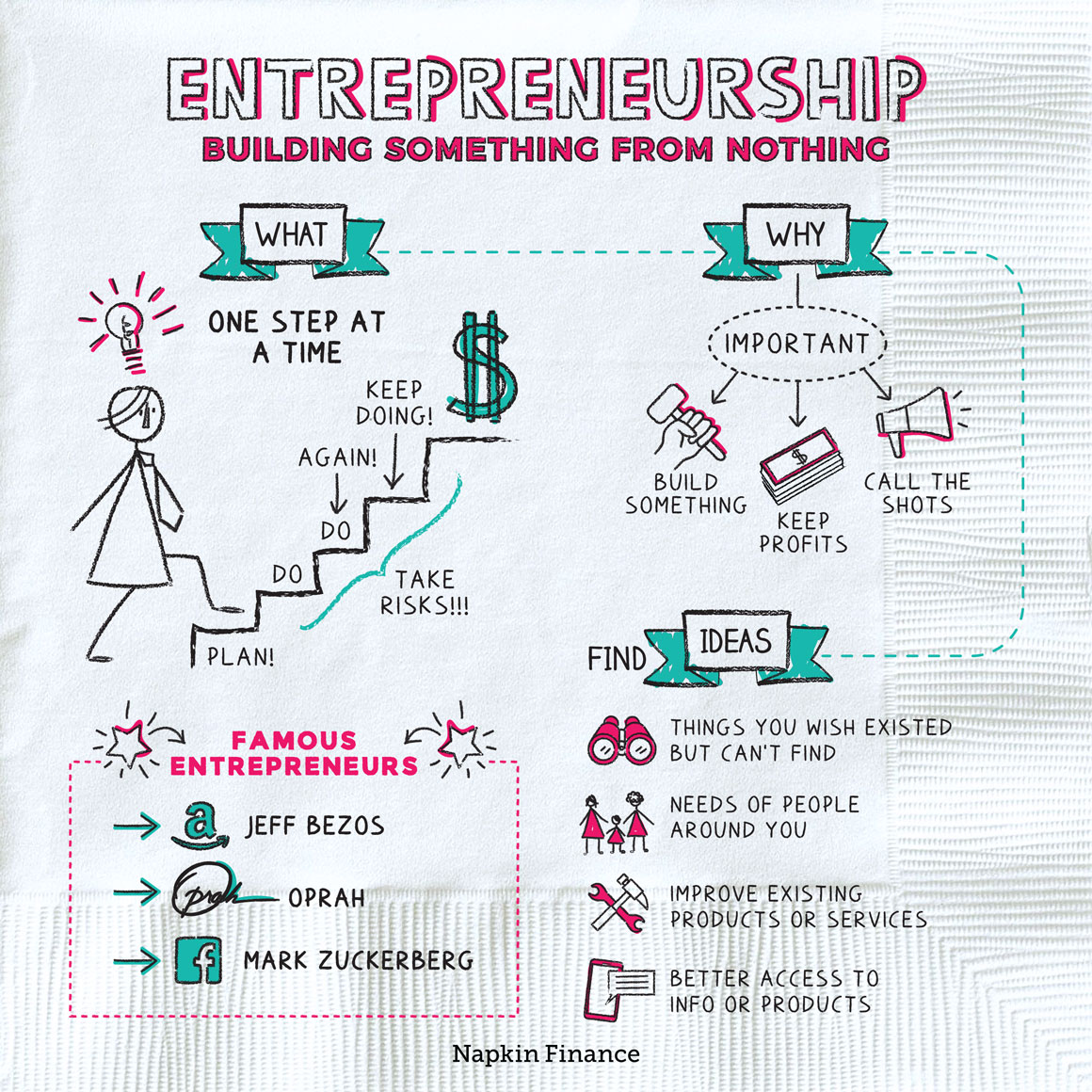 Some famous entrepreneurs have included:

You don’t have to be a mogul with a private jet to be successful.

You could start your own small business by offering lawn mowing and leaf raking in your area, starting a neighborhood dog walking business, or making and selling your own jewelry online.

Being a successful entrepreneur isn’t just about having a good idea. You also have to be willing to put in hard work (and often your own money).

Depending on what you’re planning to do, you might need some of these tools:

Keep in mind that success doesn’t happen overnight. Although it’s the world’s largest online retailer today, it took Amazon seven years just to make a profit after Jeff Bezos founded it in 1995.

Previous Lesson
Back to Course
Next Lesson
Incase you need a reminder. 🙃 Video by @icondu

Do you struggle with saving? Here are our top 5 st