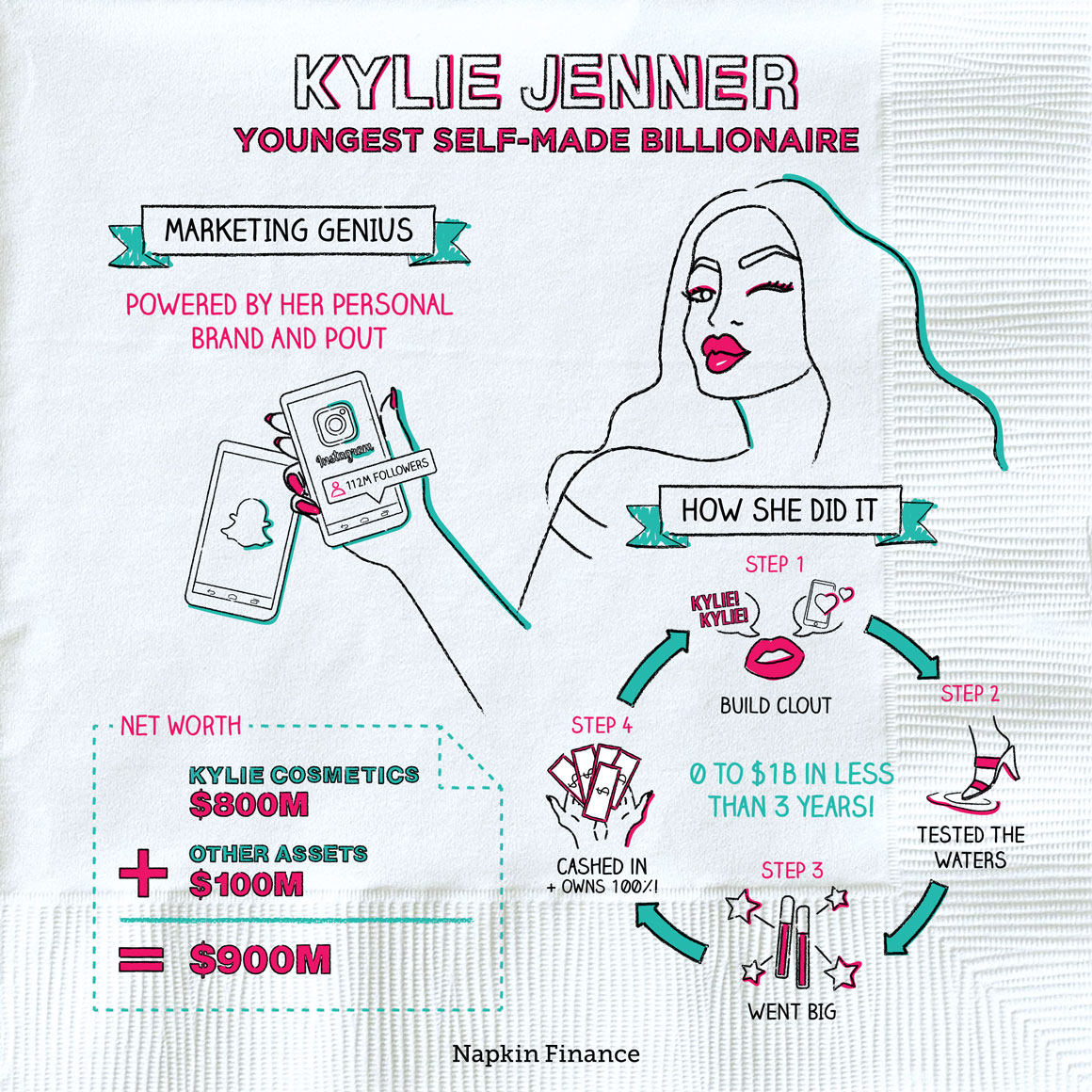 Lifestyles of the Rich and Famous

When it comes to money moves, Kylie Jenner knows what’s up.

A Forbes profile of the youngest Jenner-Kardashian portrayed the makeup magnate as something of a business savant—which, fair: Forbes values her net worth at almost $1 billion.

Her company, Kylie Cosmetics, has given her a chance to showcase a keen understanding of her audience. Her personal brand (and enviable pout) is the marketing engine that powers the whole operation.

She promotes her products through her Instagram account (which boasts 111 million followers) and Snapchat (which she updates “almost hourly,” according to Forbes). Everything else is either outsourced to other companies or handled by her mother, Kris Jenner, and a staff of 12. (Controversially, Forbes labeled her riches “self-made.” But that’s a conversation for another day.)

How she did it

Notable is that Kylie built her makeup empire in less than three years. Here’s how she went from zero to almost $1 billion in that time:

Step 1 — Built clout: Gained a massive social media following thanks to her family’s fame and became famous for that full pout.

Step 3 — Went big: She hired Spatz Laboratories, a large-scale cosmetics manufacturer, to produce hundreds of thousands of lip kits and other products and hired Shopify to run e-commerce sales.

Adding up the dollars

To estimate her net worth, Forbes started with $330 million—that’s how much Kylie Cosmetics sold in 2017 in lip kits and other products.

Using that figure as a starting point, Forbes came up with a formula to ballpark how much the company might sell for if, say, another company were to acquire it:

Forbes said that a more established makeup company might sell for six times annual sales (which would equate to an almost $2 billion value for the company), so their estimate could even be lowballing what Kylie Cosmetics is worth.

Finally, they estimated that Kylie’s other assets, including income from TV fees, endorsement deals, and dividends from her company, could be worth an additional $100 million, putting her total net worth at:

Even if it’s hard for the rest of us mere mortals to imagine a life sustained (and then some) by a series of ten-second video loops of face closeups and glistening eyeshadow palettes, it’s a powerful lesson in the importance of #owningit.

Did we mention she’s barely in her 20s?