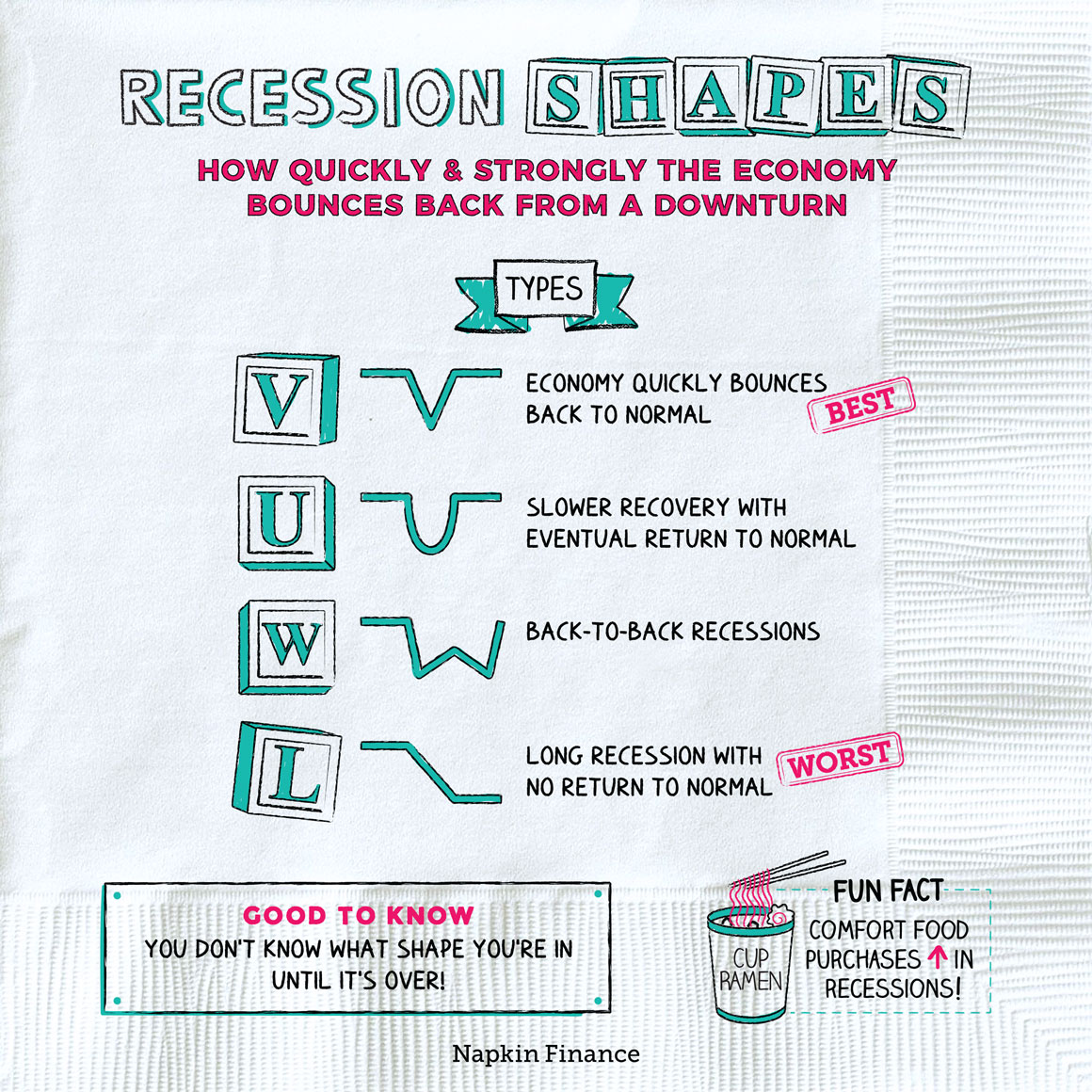 The question on everyone’s minds right now: when is the coronavirus recession going to end?

Recession recoveries tend to take one of several shapes: V, U, W, and L. The best is a V-shaped trajectory. It represents a steep economic decline followed by a quick recovery to its previous growth rate. With a U-shaped recovery, the recession lasts longer, but growth eventually returns to normal.

The W- and L-shaped recoveries are less desirable than the V or U. In a W scenario, the economy declines rapidly, recovers quickly, and then hits a second steep decline. The consecutive downturns can take a tough toll on people trying to get a handle on financial uncertainty.

The L-shaped recovery is the most difficult. It represents an extended period of high unemployment and stagnant growth, as was the case in the Great Depression of the 1930s and Great Recession of 2007 to 2009.

Notes on a Recession