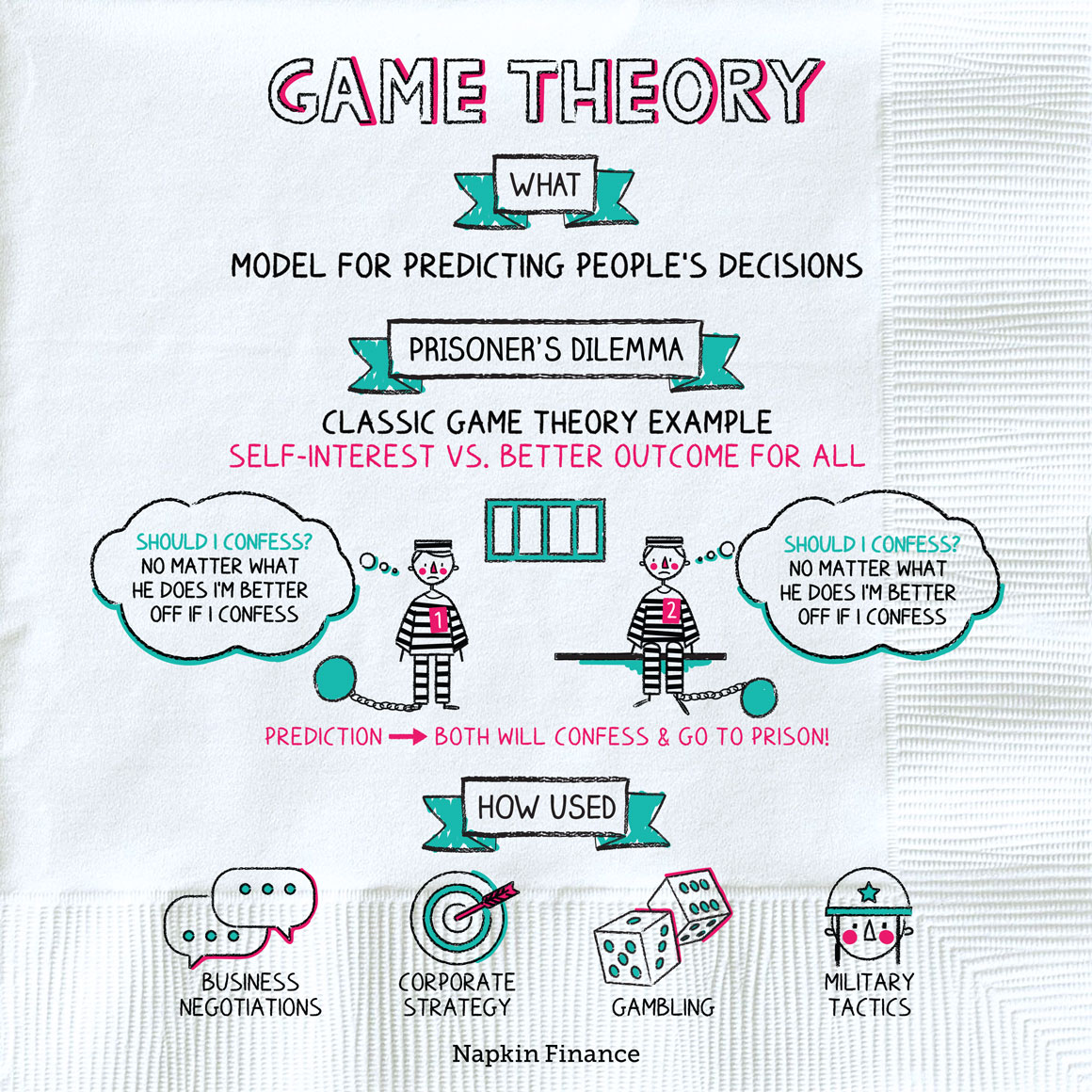 Game theory is an economic model for predicting people’s decisions in tricky situations.

Game theory lets you analyze a situation and figure out which outcomes are possible or probable and which could result in the best outcome for you (or for the other players). The theory is based on the assumptions that:

Game theory can be a valuable decision-making tool. For example, a business can use it to analyze how competitors or investors might respond if the company introduces a new service, merges with another organization, or changes its prices.

The classic game theory example is called the prisoner’s dilemma. In this hypothetical situation, two accomplices are arrested by the police. How much prison time they’ll get depends on whether they talk or stay silent.

Obviously, the best-case scenario is for neither to talk. But the cops are questioning Prisoner 1 and Prisoner 2 in separate rooms, and neither knows what the other will do.

The same logic goes for Prisoner 2. The model predicts that in the end they’ll both end up ratting each other out. (This is called a Nash equilibrium—named for the economist John Nash, who developed the theory).

In the real world, game theory can be used to model decisions in certain situations, such as:

Game theory can be adapted to a range of situations. Depending on the scenario at hand, some of the rules of the game you can use include:

Game theory is a way to predict how people might behave in certain situations. It can be used to identify possible and probable outcomes as well as which outcome benefits each player the most. You can apply game theory to a variety of situations, from business mergers to gambling.

Fun facts
Key takeaways
If you hold a chess piece to your ear, you can hear a thorough explanation of game theory. — Napkin Finance