Taxes for Contractors
A Different Ballgame 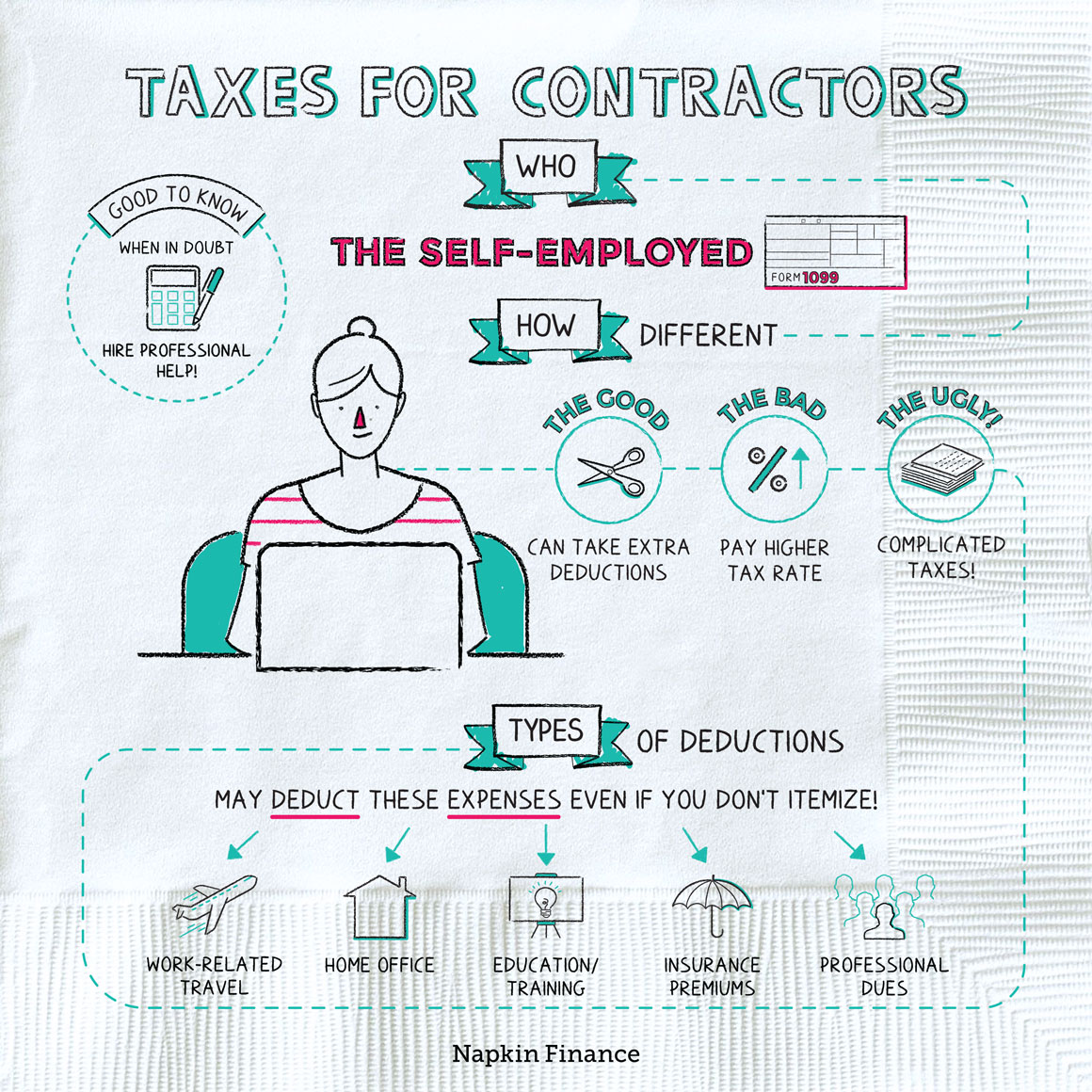 No one’s finances have been spared during the coronavirus pandemic (except for maybe the founder of Zoom), but contractors have been hit particularly hard. Freelancers, gig workers, and other independents have been especially vulnerable to the sudden economic downturn, with the World Economic Forum reporting that 68% of gig workers have lost all of their income.

That’s a painful blow considering that contractors are generally responsible for their own health insurance, which is all the more critical during a pandemic. Then there’s the issue of taxes, which work differently for contractors than regular employees.

As a contractor, you’re responsible not just for your income taxes but self-employment taxes as well. Self-employment tax refers to the 15.3% you pay to cover Medicare and Social Security. Traditional employees pay half of that, 7.65%, while their employees pay the rest. But since contractors are their own bosses, they pay the full amount (though you can deduct the employer half on your tax return).

Contractors are supposed to pay quarterly estimated taxes as well, which means you should be sending the IRS installments four times a year. Why the more frequent tax days? Because you don’t have an employer withholding tax from your paycheck (unless you form an LLC and start cutting yourself checks each month, which is a whole different story). Estimated quarterly payments ensure that contractors are paying in throughout the year just like everyone else.

The deadline for this year’s first quarter federal estimated taxes was pushed from April 15 to July 15 in response to the pandemic. But it’s worth preparing now because non-employee taxes can get pretty complex.

Learn more about taxes for contractors.

The upside of contracting:

While taxes for contractors are more complicated than for regular folks, there are some benefits to independence: