Recession: Not a Time for Panic 🚫 – Napkin Finance

Recession
Not a Time for Panic 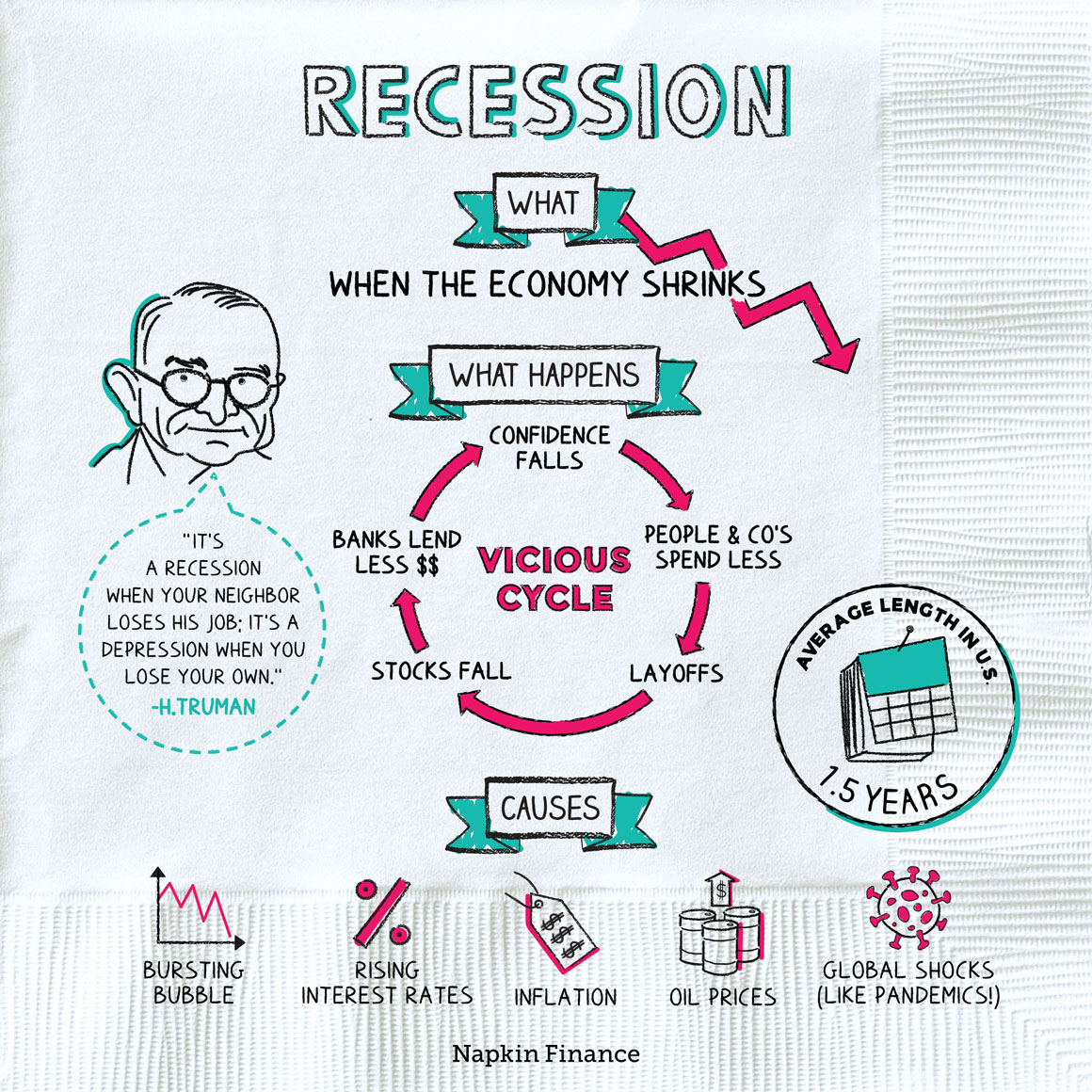 Until a few weeks ago, most Americans associated the word “recession” with the 2008 global financial crisis. Now fears of a recession are spreading in tandem with the COVID-19 novel coronavirus that has infected 6,300 Americans to date. Earlier this week, the New York Stock Exchange paused trading for the fourth time in two weeks as the Dow Industrial Average hit its lowest point since 2016.

But what exactly is a recession? In short, it’s a prolonged period of declining economic activity, often defined as two or more consecutive quarters during which the economy shrinks. With restaurants, bars, yoga studios, and other businesses closing to #FlattentheCurve, a lot of people are out of work or simply not spending the way they were a few weeks ago. With some experts suggesting it could be months before the virus is contained enough to ease up on social distancing, fears of a recession are strong.

While a recession may seem stressful, it’s not as frightening when viewed through the lens of the National Bureau of Economic Research’s (NBER) definition. According to the NBER, recessions are natural parts of the broader economic cycle. They occur after a peak in the economy and represent a temporary valley before the next upswing.

The bad, the ugly, and the silver lining

It may be somewhat of a sensitive subject right no

My transaction history remains a mystery.🙃