Lesson 3: Pros and Cons of Crypto – Napkin Finance
Crypto 101
Back to all courses

Lesson 3: Pros and Cons of Crypto 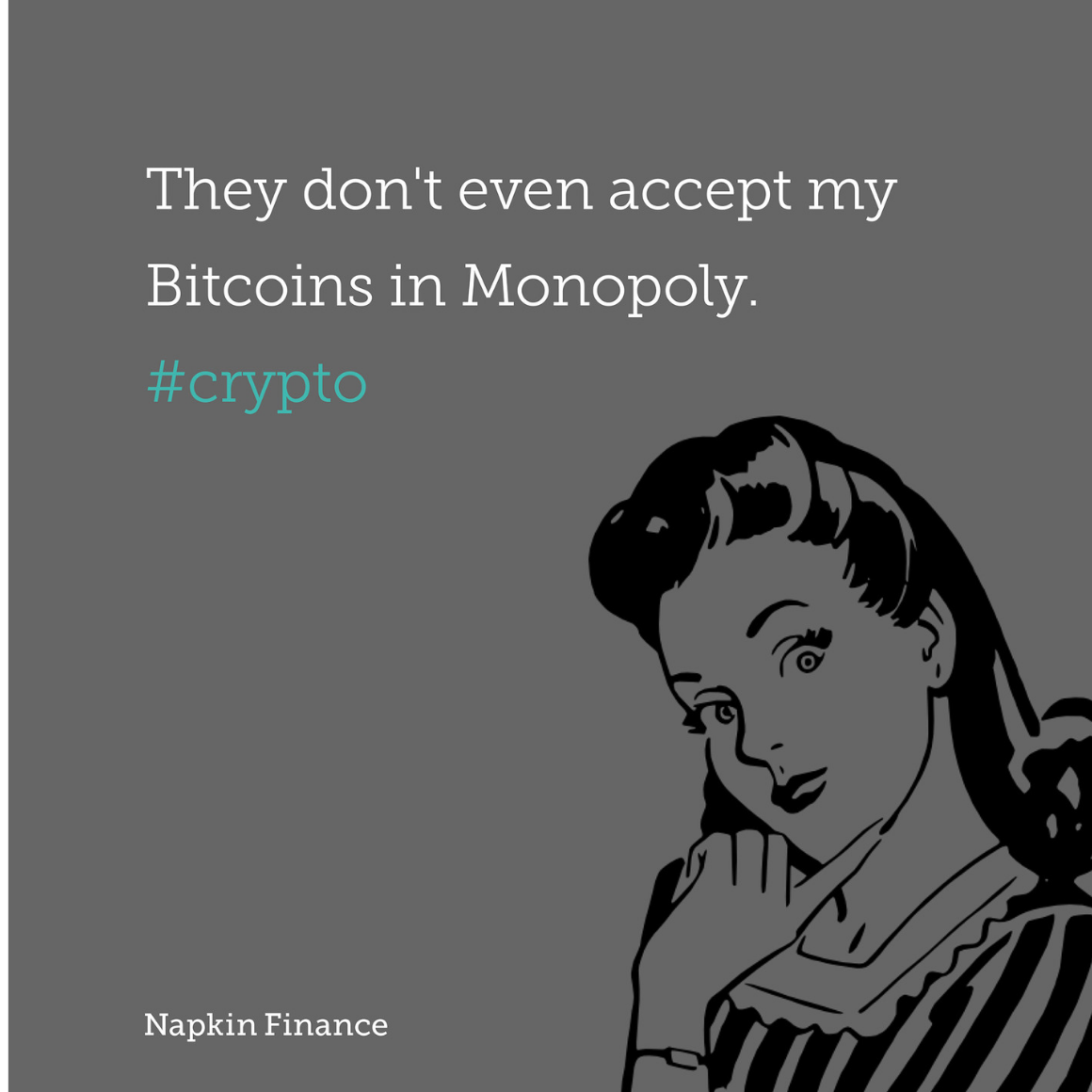 “The banks brought you the great recession and global recession of 2008, and geeks gave you the Internet. Who are you going to let write the rules?“

More than meets the wallet

The technology behind cryptocurrency isn’t just about sending money without banks. It has the potential to disrupt countless other types of transactions and industries, including:

In the U.S., there is no unified regulatory approach in part because regulators can’t agree on whether cryptocurrencies are securities (like stocks), commodities (like oil), or currencies (like dollars). Right now, the ball is in Congress’s court to decide whether the Securities and Exchange Commission (SEC), Commodities Future Trading Commission (CFTC), or some other agency should take the lead.

For now, the SEC steps in when it sees an obvious violation. Some actions it has taken have included:

If the U.S. develops a uniform regulatory approach to cryptocurrencies in the future, it could hurt or help cryptocurrency prices.