Lesson 6: ICOs – Napkin Finance
Crypto 101
Back to all courses 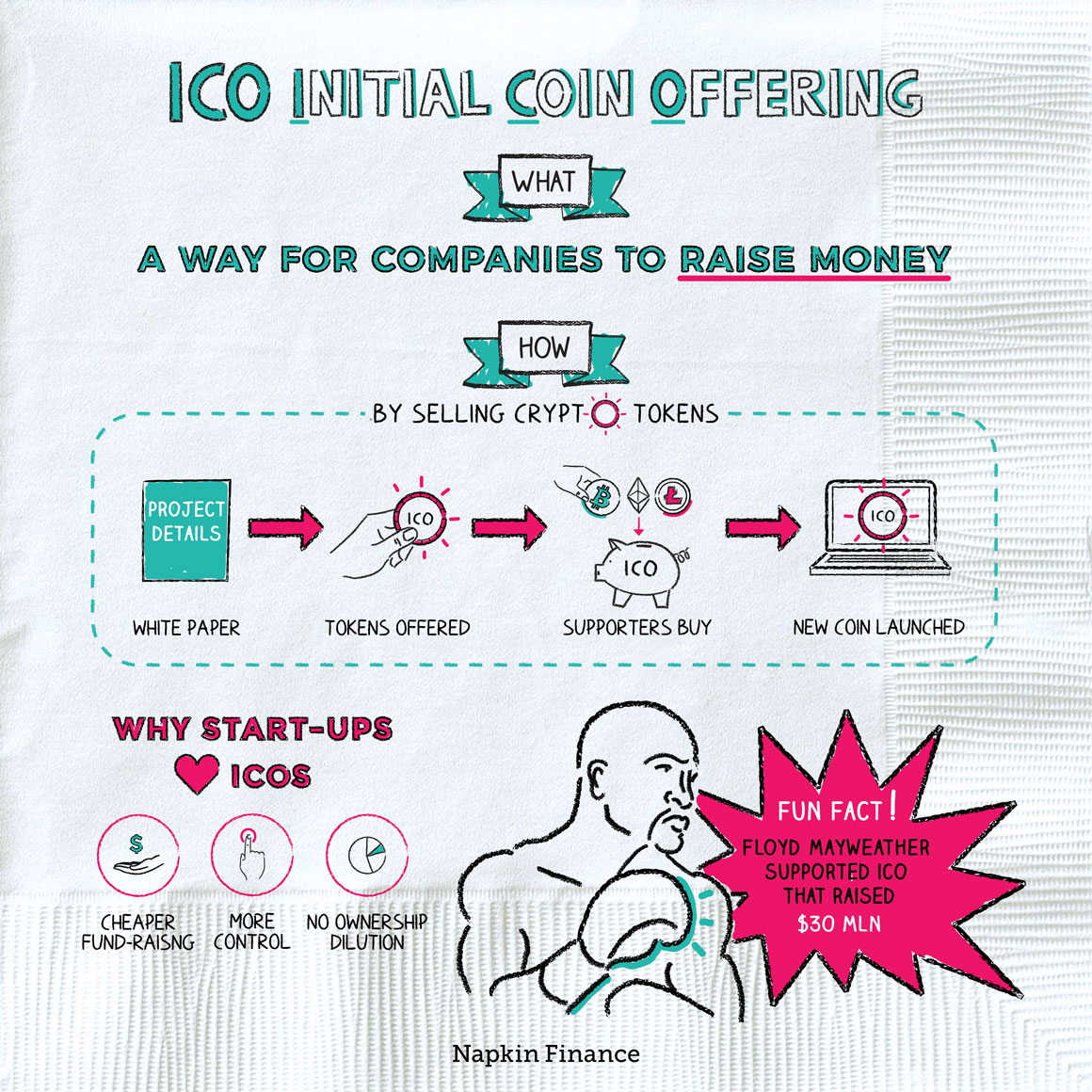 An Initial Coin Offering (ICO) is a way for startups to raise money by inventing and issuing a new cryptocurrency. The name ICO is a play on Initial Public Offering (IPO), which is the traditional way companies raise money by staging an initial sale of stock.

Steps in an ICO

Step 1: Investors buy the new coin with Bitcoin or Ethereum.

Step 2: If the money raised does not meet the minimum amount set, funds are typically returned to investors.

Step 3: If the money raised meets the minimum amount needed within the set time frame, the team uses the funds raised to complete their project (at least in theory, but scams are common).

Step 4: Once the project is up and running, tokens are released to investors, who can then trade them or hold onto them as a long-term investment.

Before you rush off to throw your money at the shiniest new ICO, know this:

What to look for in an ICO

Despite those risks, ICO investors are typically hoping to get in on a successful project early so that they can earn big returns.

Consider the following when evaluating an ICO:

As with investing in any cryptocurrency, a bet on an ICO is a gamble. Consider investing only what you can afford to lose and spreading your bets across multiple offerings.

Another fund-raising method is called a Simple Agreement for Future Tokens (SAFTs).

SAFTs are similar to ICOs, but with a SAFT the tokens investors receive represent ownership stakes in a project just as with traditional stocks. This means the tokens are subject to more legal restrictions and aren’t available to all investors. (By contrast, anyone can invest in an ICO.)